Domestic Discipline.....getting there in the end


I must admit that when i was growing up as a teenager the thought of such a relationship as i am in now would have made me laugh. Having said that i do remember growing up that i was attracted to dominant men ( my father was ill growing up so i never had that figure, i love him dearly of course) and very strong men.

I do remember being fascinated by spanking and always thought that i wanted a husband who would do that if i needed it. I now know DD is about so much more than just spanking but at this stage i knew little about DD. In my early 20's i met a man who explained to me that what i wanted was something called Domestic Discipline.

As we all know with DD, you can't ignore it, if you are into it then that is what you need to be fulfilled in life and in a relationship. Then i met SirDD, my soulmate, who understood everything about DD and who also loved me beyond that. I thought it would never happen, i feel like the luckiest woman in the world.

I know from experience it can be difficult to find that person, if you are looking, keep trying, you will find what you need, it took me nearly 20 years but i got there in the end and didn't give up! 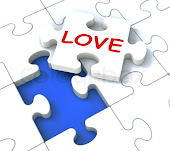